After Finland’s 100th anniversary year in 2017, the nature of Finnish Independence celebrations are changing in our country – that means in Oulu, too! Now, the festivities begin already on Independence Day Eve (5 December) and continue through Independence Day, 6 December. See the programme below and join us in celebration of independent Finland! Share your experience using #oulujuhliisuomea and follow us on Facebook.

Are you organising an event in honour of the Independence Day? Let’s make things happen together – let us know about your event! Click here to fill the form.

We invite all Oulu people to celebrate the independence of Finland already on the eve!

Have a cup of coffee in honour of Finland!

Invite and inspire your co-workers or community members to have a blue-and-white coffee break together on Independence Day Eve (5 December) at 2 p.m. You can schedule the coffee break also for another suitable hour on that afternoon. The occasion does not have to be fancy, and the mood should not be too formal – the moment together is what counts.

Light Finland with blue and white!

In honour of Finland, some of Oulu's landmarks, such as the Oulu City Hall, are lighted up in blue and white for Independence Day.

Everyone can participate! Decorate your home, office or other location with festive blue-and-white lighting, visible to outside. The festival lighting begins on 5 December at 6 p.m. and ends on 7 December at 9 a.m. You can also place two candles on your window on Independence Day (6 December) for two hours starting at 6 p.m. 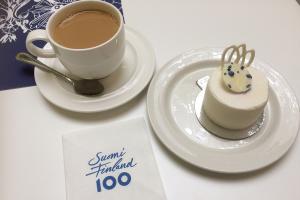 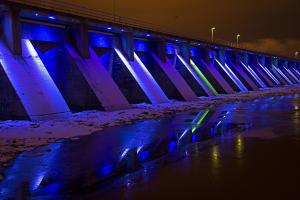