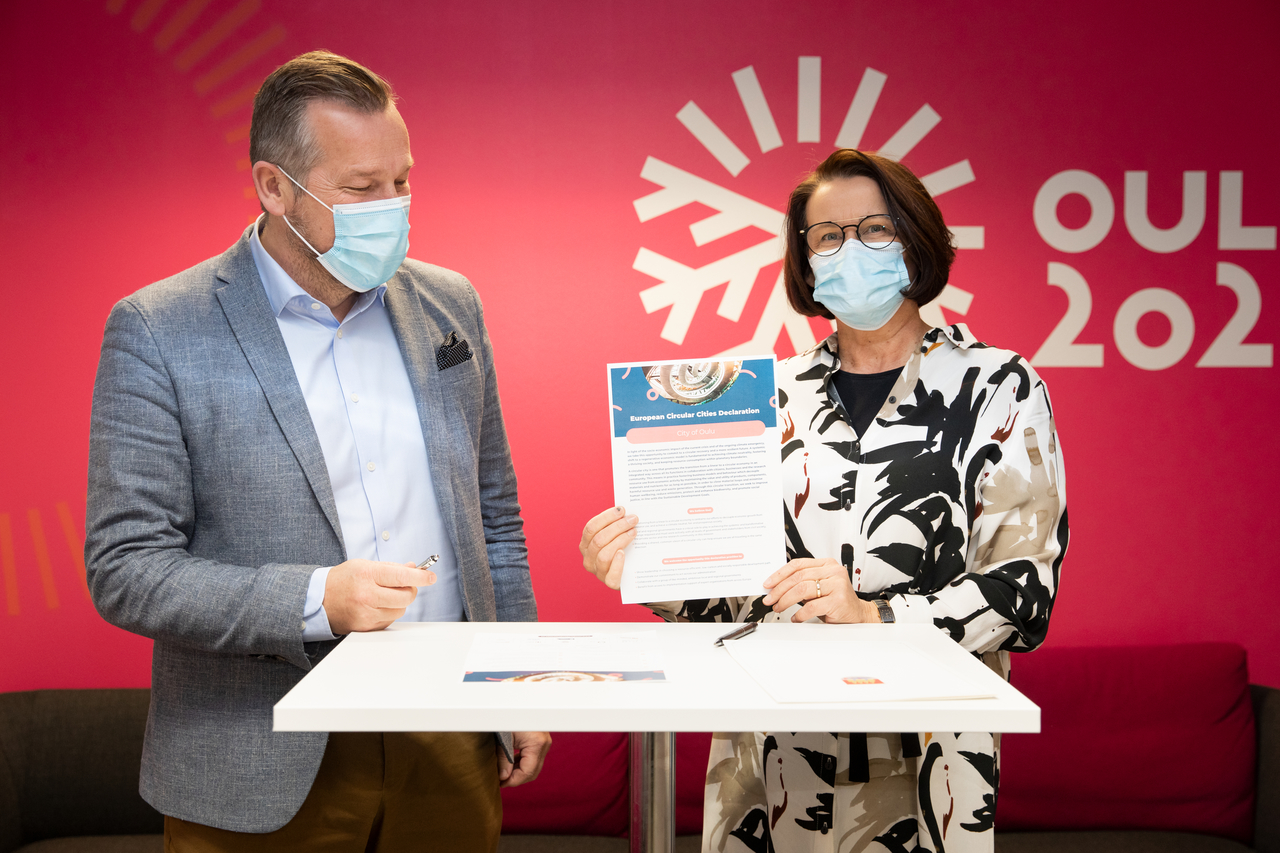 By signing the European Circular Cities Declaration the city of Oulu is committed to accelerate the transition to a circular economy together with major European cities. The Declaration was launched at the 9th European Conference on Sustainable Cities & Towns on the 1st of October 2020.

Cities and regions signing the declaration are committed to foster the circular economy and support each other on the way towards a sustainable future. The declaration highlights the need of accelerating the transition from a linear to a circular economy that leads to a resource-efficient, low-carbon and socially responsible society.

The city of Oulu has published a new environmental programme in which the circular economy plays a significant role. As part of the programme, a roadmap for the circular economy will be prepared by the end of 2020, which will include activities that are to be implemented during 2021–2026.

“Cities are responsible for, for example, zoning and organising of urban mobility and waste management, which means that they have a key role in the transition towards a more sustainable future. We also want to be active and proactive in projects that create know-how, business and networks that promote the circular economy,” says Päivi Laajala, the Mayor of Oulu.

Synthesis Report: The Circular Economy in Cities and Regions