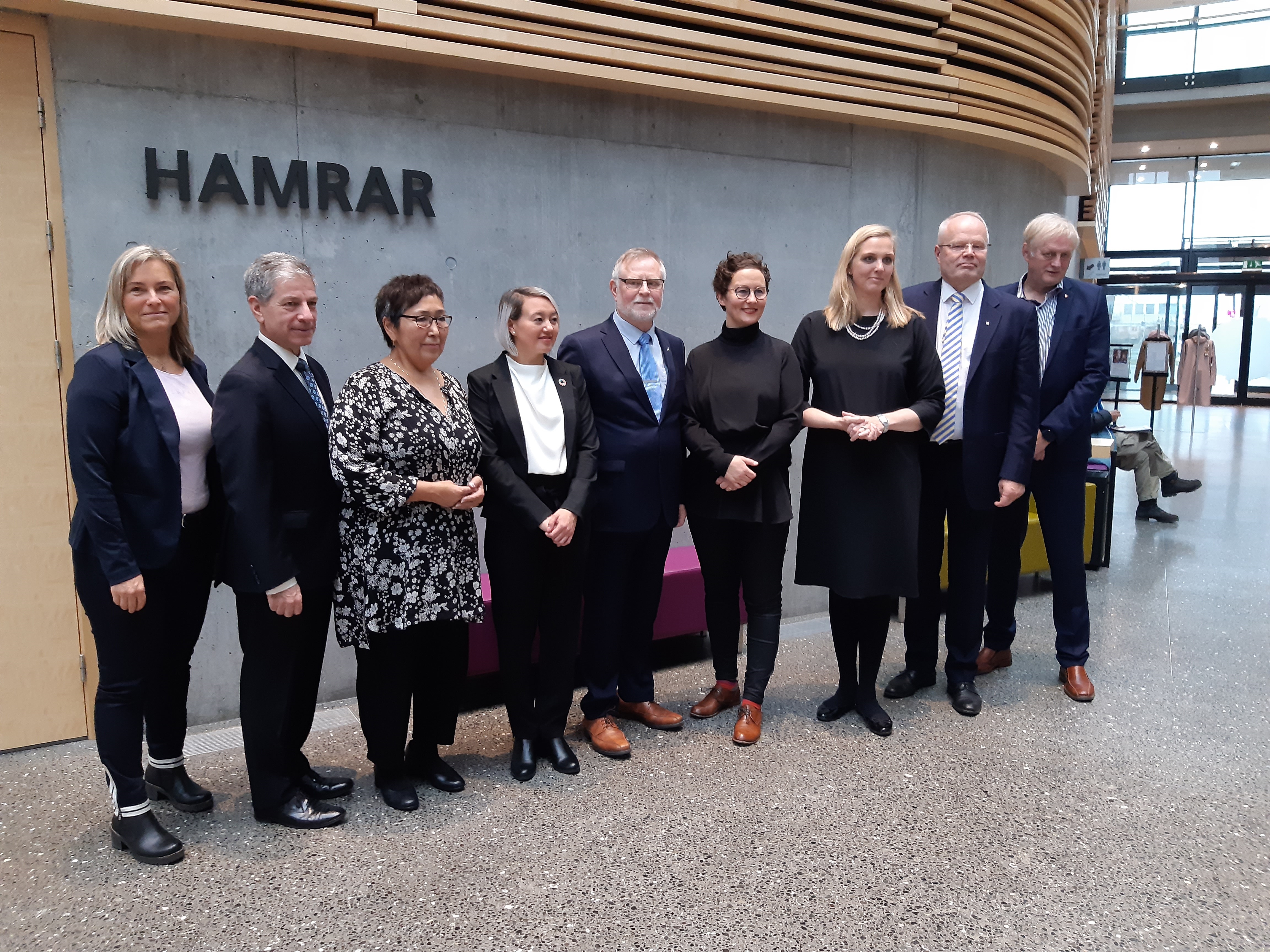 12 mayors from across the Arctic, representing some of the world’s most northern municipalities signed the foundation document.

The organization aims to give local governments a voice in the development of the Arctic. Until now, the Arctic governance system has offered no formalized and structured procedure for local communities to be involved on a continuous basis in Arctic policymaking.

Mayor of Akureyri, Ásthildur Sturludóttir, was elected as the first chairman of the forum.

“It is a great honor for me to be a part of the founding of the Arctic Mayors’ Forum, and being elected the first chairman of the organization. I look forward to cooperate with my Arctic colleagues and strengthen our voice,” says Sturludóttir.

“This is an historic moment – never before have mayors and local leaders from all the Arctic countries come together and created a platform for promoting the interests of local communities” says Mayor Esko Lotvonen of Rovaniemi in Finland.

Mayors and elected leaders from northern local governments within the Arctic states saw the need to create a common platform for cooperation to advocate the interests of the people and communities in the Arctic.

Mayors are trusted with representing their citizens’ best interests, and many communities in the Arctic region face similar situations and could benefit from local governments.

“Though we as municipalities differ in many ways, there are many things we have in common; such as challenges brought by climate change, and the opportunities brought by tourism” says Charlotte Ludvigsen, mayor of Sermersooq in Greenland, who views the organization as a platform for sharing best practices.

The Arctic Mayors’ Forum will promote local values, goals and interests in achieving sustainable development and resilient communities. The forum will through declarations, resolutions and policy position statements influence international and national actors when Arctic issues are on the agenda.

Mayor Kristin Røymo underscores that it is important that the local communities are heard.

“In order for local communities to be heard, it is important for the Arctic Mayors’ Forum to have a seat at the table where Arctic issues are discussed. The Forum will therefore work on becoming an observer in the Arctic Council” says Mayor Røymo.

After the foundation ceremony today, the Arctic Mayors’ Forum held its first General Assembly, where municipalities were elected to the Executive committee and the organizations secretariat.

“I see a lot of opportunities for collaboration with other Arctic mayors. We had a good discussion about sustainable tourism in the Arctic as well as Arctic Mayors’ Forum support for Oulu becoming European Capital of Culture in 2026.” says mayor Kyösti Oikarinen of Oulu, who was elected to represent Finland in the executive committee.

The Arctic Mayors’ Forum will convene again in Tromsø next January, in conjuction with the Arctic Frontiers 2020.