Museum and Science Centre Luuppi is a unique combination of history, art and science. Stories of life in the North, collected and cherished by Luuppi, unfold to the audience through history, science and art in nine different locations. Luuppi's exhibitions are rich, experiential wholes full of interactive, inspirational features, and provide the themes and subjects for an ongoing series of events big and small arranged throughout the year.

Museum and Science Centre Luuppi consists of nine destinations loved by tourists and locals alike. The biggest of them are the Northern Ostrobothnia Museum, the Oulu Museum of Art, the Tietomaa Science Centre, the Turkansaari Open Air museum and the Kierikki Stone Age Centre. Additional destinations open in the summertime include the Oulunsalo Museum of Local History and Culture, the Sailor's Home Museum, the Pateniemi Sawmill Museum and the Cellar of the Oulu Castle.

Luuppi captivates visitors with innovations and memorable experiences. It is a magnifying glass through which the phenomena and material reality of life in the north can be viewed up close. Finding the connections between the exhibits and, for example, your own teenage years or your grandparents' place as you remember it from your childhood is rewarding – as is finding the familiar touch and feel of the North in the themes or the colours of an artwork in one of our museums. Luuppi opens new, fascinating perspectives to what it means to live in the north. It is a window deep into history, a channel for visions into the future, and a source of inspiration.

Museum and Science Centre Luuppi collects, cherishes and retells stories of the north. Find them in the exhibitions of the nine Luuppi destinations, the collections of Luuppi's museums and the phenomena demonstrated in the science centre. The buildings that house the destinations are an important part of the history of the North and the city of Oulu: they have served as factories, libraries and in other important functions over the decades. 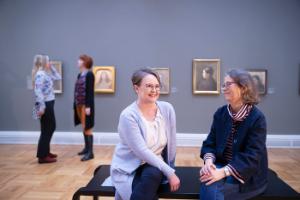 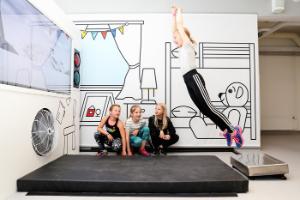 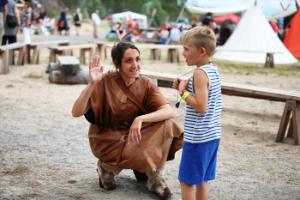