”Lull the child into the Underworld,
The child between the boards,
To sleep below the lawn,
To lay underground”
(Kanteletar 1887)

In Finland, burying the deceased under the church floors was customary from the Middle Ages to the late 18th century. The practice eventually ended through the order of the emperor of Russia in 1822. A burial place beneath the church was highly valued. As a result, the space under the floor was full of chamber tombs and coffins in many churches. Child mortality was high until the late 19th century; families had to make small coffins quite often. Many of the coffins under church floors are of infants and young children.

Based on archaeological research conducted in Oulu, Hailuoto, Ii, Tornio and Keminmaa, Buried with Care presents the burial practices as well as individuals buried under the churches between the 14th and 19th centuries. When an infant or a young child died, the dead was buried in a coffin beautifully decorated with white fabric. The deceased often held flowers made of silk and beads in their hands. The archaeological materials recovered from under Oulu Cathedral and the old church of Hailuoto show both care over the dead child and a sense of peaceful rest.

The exhibition explores various sensory experiences linked to death. The smell of the dead body was often masked using scented and antibacterial plants, herbs and sawdust. The deceased were placed in their coffins to wait for the Resurrection. Along with adults with marks of their diseases and the personal items that accompanied them in their coffins, the exhibition shows how children were regarded as important members of their communities. For instance, a young woman excavated from a medieval burial place in Hamina in Ii was found wearing a cross of eastern origin.

The exhibition is based on research funded by the Emil Aaltonen Foundation and the Academy of Finland conducted at the University of Oulu. The exhibition is produced in collaboration with archaeologists from the University of Oulu, the Northern Ostrobothnia Museum, the Museum of Tornio Valley and the Kemi Historical Museum. It is the third instalment of a series of exhibitions. The first two exhibitions were displayed in Kemi (Rungius, Buried in the Church) and Tornio (Anna, Buried in the Church) in 2019.

Photo above: Researchers under the church in Haukipudas. Photo S. Lipkin. 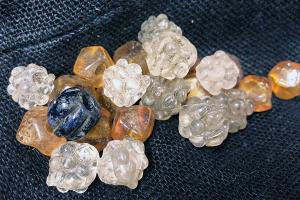 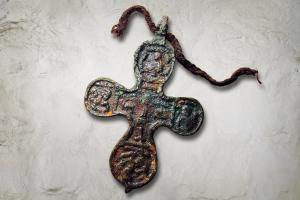 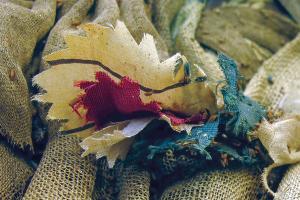 A silk flower placed in the hand of an infant. Haukipudas church. Photo S. Lipkin. 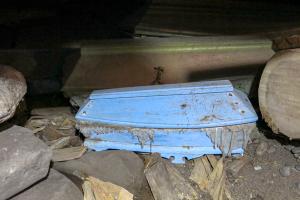