Comics Effects is an ensemble of exhibitions produced and curated by Oulu Comics Center, located on the ground floor of Oulu Museum of Art. The exhibitions are displaying the works of JP Ahonen, Max Andersson, Harri Filppa and Kaisa & Christoffer Leka. A collaboration work of finnish comic artists, “101 sarjakuvaa Suomesta” can also be found on the same floor, as well as Hannele Pussinen and Heidi Stålnacke’s “BUB”, with cooperation of Oulun Taiteilijaseura -63 ry.

The illustrations from comic artist JP Ahonen’s “Suomen ihmisten historia” (WSOY) -album will add a pedagogic view of comics and history studies to the exhibition. Sketches and other resources will also be on display, presenting the creative process and the demanding research work behind this historical book.

Max Andersson's exhibition showcases artwork from the cult album “Pixy” (Suuri Kurpitsa, 1994) and from his latest offering, “Excavation” (Fantagraphics, 2017). Based on these albums, the exhibition takes its visitor on a trip through the post-apocalyptic world. There'll also be showings of the animations produced by Andersson, including “Tito on Ice” from 2012.

Harri Filppa's autobiographical exhibition, based on his album "Kuolema meidät erotti" (Pokuto, 2017), deals with an unexpected turn in life caused by a passing of a spouse. On the side of the large prints of comic pages, stories about the album's backgrounds and the encounters that didn't make it into the book can be heard as well. It's hard to comprehend the finality of grief and longing from losing a life-companion so suddenly.

Kaisa Leka's part of the show is based on Kaisa and Christoffer Leka's latest comic book "Imperfect" (Absolute Truth Press, 2017). After losing her legs in 2002, Kaisa Leka has done long bicycle trips with the help of her prosthetics. Latest one, a trip from New York to San Francisco, can be seen at the Oulu Museum of Art. Imperfect -album has been composed of the little postcards that Kaisa sent to her nieces every day along her trip. These cards represent not only the journey itself, but Leka's encouraging life advices to the children as well. Imperfect is a story of survival, that reflects the history of its author.

"101 sarjakuvaa Suomesta" is a combination of comic pages for every year of the history of independent Finland, illustrated by 101 different comic artists. The project consists of comics from Jukka Tilsa, Ville Ranta, Juba Tuomola, Lauri Ahtinen, Kati Kovacs and Reijo Kärkkäinen, among the others.

From 13.12. to 7.1. continues another exhibition, "BUB" from the artists Hannele Pussinen and Heidi Stålnacke, curated by Harri Filppa, director of Oulu Comics Center. 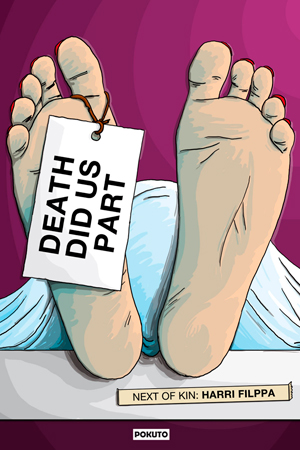 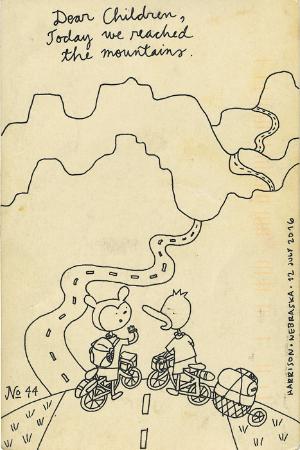