Ellen Thesleff – Kiss of the Sun

Ellen Thesleff (1869–1954) lived in a time when the modern world was taking shape. Sunkiss shows in a captivating way how the zeitgeist, the artist’s life abroad and the international influence are reflected in her art in different decades. In addition to the approximately 70 paintings and the numerous prints, photographs, letters and sketchbooks featured in the exhibition, the artist’s life and times are illuminated by text excerpts, photographs and archive materials.

Thesleff was one of Finland’s first expressionists and remains one of the most important painters of the Nordic countries. She was a pioneer at a time when female artists found it hard to become recognised – regardless of the artistic quality of their work. Never deeply committed to national subjects or the construction of the young national identity, Thesleff was cosmopolitan whose spiritual homes were Paris and Florence, in which she lived for a long time and longed for in her old age. Yet next to the metropolises of Europe, her dearest place in the world was her summer home Casa Bianca in Murole in Ruovesi, which meant to her a connection to her childhood family, the nature of the North Häme region, outdoor life and well-being.

Thesleff’s painting style was – and remains to this day – striking, independent, headstrong and free. She started her career in the early 1890s as a novice artist of twenty, and painted her last works near the end of the 1940s at the age of 80. With her courageous and uncompromising career she was one the first artists to bring international trends such as symbolism and expressionism to Finnish art. Starting in the 1930s, she also turned towards surrealism and, near the end of her career, also experimented in abstract expression.

Thesleff was a short-haired radical who did what she wanted and lived for her art. She painted in a men’s world, and often men’s subjects: women, landscapes and – later in her career – even abstract experiments. In the countryside she would don men’s pants and jacket, pull a cap tightly on her head and head into the nature. She didn't like teaching but loved money: it allowed her to travel, to live abroad and to dedicate herself to painting. Thesleff was seven years junior to Helene Schjerfbeck, but as female artists they were often considered competitors of comparable standing in their day. However, Thesleff has later become eclipsed by Schjerfbeck because much less was written about her.

The exhibition is curated by art and culture historian Hanna-Reetta Schreck, who works on a dissertation on Ellen Thesleff's art. She has published Thesleff’s biography in autumn 2017 and a biographical graphic novel Ellen T. together with a workgroup in autumn 2019. ”Ellen Thesleff was a headstrong, independent artist, who never hesitated to compare herself to the old masculine masters of art, such as Leonardo da Vinci and Michelangelo. She also thought she exceeded their achievements and felt she worked like a god”, Schreck says. 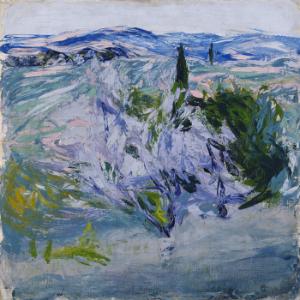 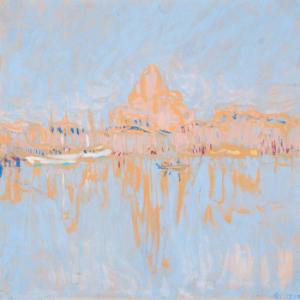 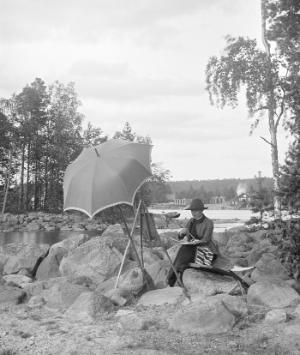 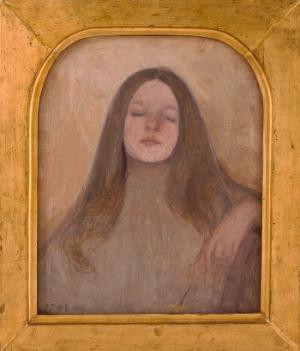