The Sailor’s Home Museum is located on the idyllic island of Pikisaari near downtown Oulu. The museum is located in the oldest surviving wooden building in Oulu, also known as Matila House, and is the former home of sailor Isak Matilainen.

Located near the airport, the Oulunsalo Traditional Village Museum is a window to the past and a peaceful oasis amidst the bustle of modern life. The buildings, still standing on their original foundations, show how life was lived in the early 20th century when the daily bread came from agriculture and fishing.

The Pateniemi Sawmill Museum is located in a storage building of a shipyard dating back to the 1850s. In 1873, a steam sawmill that gave the entire Pateniemi its livelihood for the next 120 years was built next to the shipyard. The old, beautiful area around the sawmill still defines the spirit of the district.

The fortification built in the early 17th century at the mouth of the river opposite the city is a fascinating part of Oulu’s history. The former observation tower of the Oulu Seafaring School, built on top of the castle’s foundations in 1875, now serves as a summertime café. The foundations feature a cellar, which serves as an exhibition space open to the public during the café’s opening hours. 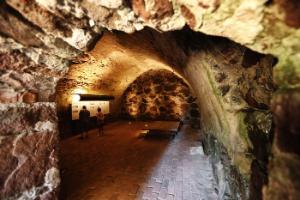 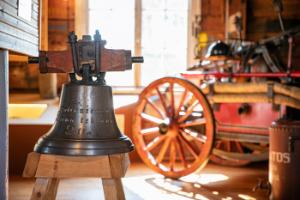 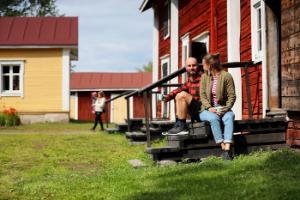