To celebrate the 100 years of Finland's independence, the national treasures of the Ateneum Art Museum embark on a tour of Finland's regional art museums. The oldest artworks of the touring exhibition date back to the early days of Russian rule in the 1810s, while the newest of them, a sculpture by Hannele Kylänpää, is from 1985. The selection of almost 90 works focuses on the 19th century and the first decades of the 20th century. It features famous, in their day often controversial, modern classics, but also a number of rarely seen works from established painters and sculptors. Artists featured in the exhibition include Wäinö Aaltonen, Fanny Churberg, Beda Stjernschantz, Albert Edelfelt, Magnus Enckell, Akseli Gallen-Kallela, Pekka Halonen, Eero Järnefelt, Aimo Kanerva, Anitra Lucander, Vilho Lampi, Tyko Sallinen and Maria Wiik.

The exhibition is arranged into various themes: portraits and character studies, landscape paintings, and the central art trends of the time, such as the symbolist movement of the turn of the century, the important role of Paris as the hub of the art world, and pre- and post-war modernism. The exhibition also illustrates the connections of Finnish art with international art trends and wider social developments.

Ateneum Art Museum, part of the Finnish National Gallery, holds the largest and oldest art collection in Finland, consisting of more than 40,000 artworks. The roots of the collection are in the Finnish Art Society, established in 1846, and the first artworks were obtained to the collection in 1847. The Ateneum building was opened to the public in 1888, and has, in the busiest years of the new millennium, attracted more than 400,000 visitors annually.

The touring exhibition is curated by curator Anu Utriainen of Ateneum Art Museum.

The exhibition is on display on the 2nd floor of the Oulu Museum of Art. 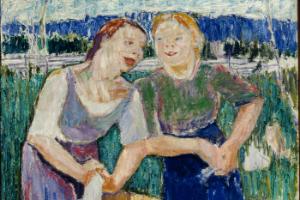 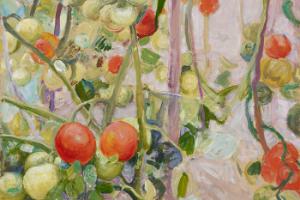 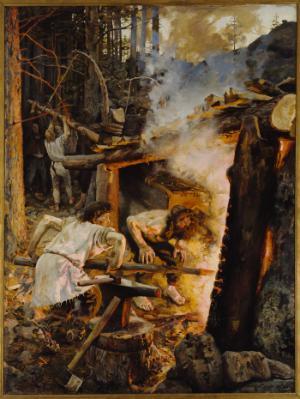