Tietomaa's 30th anniversary exhibition, featuring a number of action-packed attractions where patrons can play, compete in and try out various games and sports both as teams and solo, takes over the fourth floor of the science centre. Old Tietomaa favourites now making a glorious comeback in The Best of Times! include the ski jump simulator, the floorball shot, the labyrinth of traps, the throwing bag, the shooting range and the goalkeeper. The classics are now up again – better than ever before! New additions to the line-up include the trick disc, the stepper, the sidewinder and frisbee.

An entirely new kind of feature is our new tinkering workshop. In the workshop, patrons build small downhill cars using unlimited imagination and the materials provided, and compete against other cars on a long racing track. Electric circuits also need to be figured out to light the lamp or run the engine.

The top attraction of the workshop is called 1001 Blocks, where the patrons can unleash their full creativity. The blocks are perfect for building houses or towers – or anything you can think of.

The Best of Times! features 20 attractions produced by science centre Tietomaa and Heureka. 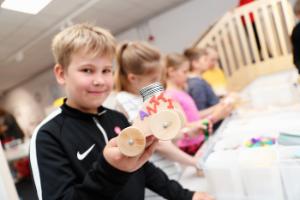 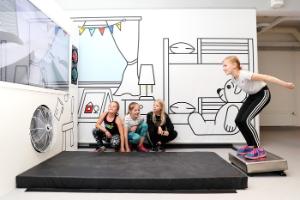 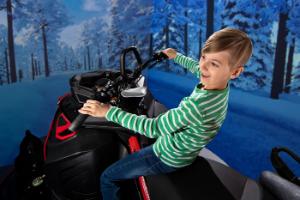