The Displaced – The Archaeology of Refugees

Refugees and immigration are results of forced displacement – temporary or permanent – of people from their homelands. Those who experience forced displacement carry memories and traces of it that are communicated to the next generations. The experiences become part of family history, and often also part of local and national history, like the stories of people evacuated during the Lapland War (1944–1945) in Finland, or of those who were forced to leave Karelia, Petsamo, Kuusamo and Salla behind them during and after World War II. Immigration is always a part of reality in some part of the world, and there are always refugees among us.

The Displaced was born in a new kind of collaboration where researchers and artists examined how people displaced by the Second World War have become accepted or rejected by their new communities, what the process of forced immigration has been like in the lives of the refugees, and what kinds of stories the memory constructs out of it. The researchers have explored archive materials, the oral heritage of refugees and immigrants and fiction written by refugee authors. The materials are part of a wider research project entitled Recognition and Belonging: Forced Migrations, Troubled Histories and Memory Cultures funded by the Academy of Finland in 2017—2021. In parallel with the research work, artworks that explore various layers of what being a refugee means were implemented based on the materials and the research interpretations that they evoked.

The workgroup has also sought to establish a shared language between academic and artistic research. Traumatic experiences, such as involuntary relocation caused by war, often remain wordless and are conveyed from generation to generation affectively, making them hard to reach. Collaboration between researchers and artists may uncover traces of these experiences in the materials — and in the audience.

In collaboration with Academy of Finland, University of Oulu, Karelia Cultural Society.

In addition to the main exhibition at the Oulu Museum of Art, the lobby of the Northern Ostrobothnia Museum features a thematically related mini-exhibition entitled Displaced: In Homeland and in Foreign Lands (29.2.—3.5.2020). 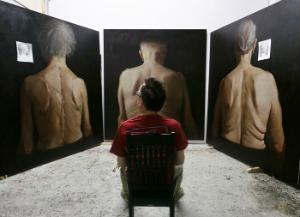 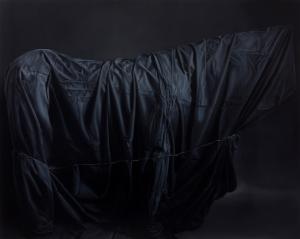