The Great Escape, an exhibition of works by the Oulu-based artist Anni Kinnunen (1978–), is a critical comment on an era where altered reality is true and nothing can be trusted. Anni Kinnunen is a visual artist whose most important instrument is photography, but she also works with video art and installations.

Photographs have lied for as long as photography has existed. Despite of this, photographs are often considered documentary, true and genuine. They are often felt to be an honest and direct way of portraying landscapes, people, events and incidents. What is fascinating is that also photographs that expressly do not portray reality often appear as if they did. They deceive the spectator to believe in their stories in a manner not unlike the altered truth of fake media.

In her works, Anni Kinnunen reveals the true nature of photographs. Her photographs do not look documentary, yet they are also far from glossy advertisement photography. Kinnunen's photographs are shot in actual situations. They are, in the end, very true, although they often look like surrealistic games. Their use of light and colour is wild, and relies on contrasts.

The exhibition features an installation named Turn Your Back and We Are Still Here, made of black balloons. The installation turns the space into oppressive emptiness that is unpleasant to encounter, growing into a metaphor for things we tend to turn our backs on. The visually impressive work uses the balloon, a positive item and a symbol of light-heartedness and fun, as something that takes our thoughts on the verge of distressing.

The exhibition is also a story of how human beings have gradually become alienated from nature, how the landscape has become a stage, and how humanity has turned into role play. Kinnunen often appears in front of the camera herself, playing various characters that are aesthetically products of fantasy but often evoke nightmares. Her photographs are not self-portraits, and they are not related to the mock-documentary self-portrait often seen in contemporary photographic art. The human figure in Kinnunen's photographs and videos questions the entire assumption of a natural human being. The requirement of naturalness is, in fact, seen as a way of exercising power from a constructed position that claims to represent the natural. In Kinnunen's photographs, lack of naturalness is present in a disturbing way, swimming precisely on the borderline between beautiful and horrendous. And that is why it feels like such an honest way of portraying this era.

However, Kinnunen's relationship with nature and the reality around us is not free of complexities. Although her works criticise the requirement of naturalness, the simultaneously criticise the way our relationship with nature has become alienated. Where are we going to, and why? Are we running away from something? The extravagant artificiality of Kinnunen's photographs is sometimes amusing, but the questions they pose are serious. In the context of Finnish visual art, they are a unique combination of the forest and plastic.

Veikko Halmetoja, curator of the exhibition

During the past two decades, Kinnunen's works have been exhibited in solo and group exhibitions in Japan, China, Russia, Germany, Slovenia, Italy, Luxembourg, the United States and Canada. In Finland, she has participated in events such as the Young Artists exhibition of Kunsthalle Helsinki (2009), the Snowball Effect Northern Finland Biennale (2012, 2014, 2016) and the Mänttä Art Festival (2013, 2018). Since 2013, Anni Kinnunen has run a gallery named Mustasaari Galleria in connection with her home and studio during the summer season. 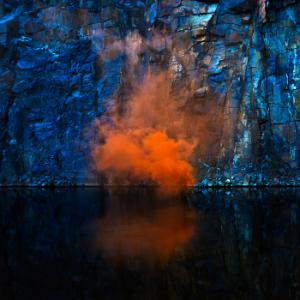 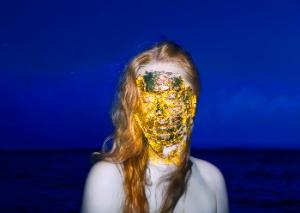