The Public Transport Board of the Oulu region acts as the joint competent local authority in accordance with the collaboration agreement signed by all seven municipalities. Oulu acts as the so called host municipality and has undertaken the duties of the competent authority. 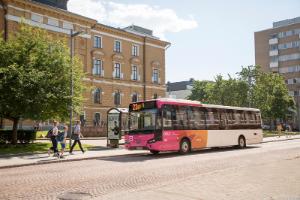