The great fire of Oulu in 1822 destroyed the town hall which left, the town's administration dispersed into premises rented from the inhabitants. A superb new town hall was acquired on Torikatu street in 1894 when the town purchased a building which was originally a trade house. The building served as the town hall until 1942.

Seurahuone was the centre of the town's entertainment scene during the early decades of the 20th century. Dances were held at the assembly hall and after the renovations made in the 1920's, the hall was occasionally used by a theatre company as well. After the war the theatre settled in the building more permanently, until the assembly hall was converted into a theatre hall and the City Theatre started to play there.

The company which owned the destroyed Seurahuone started to build a new building in 1884. The new neo-Renaissance-style hotel and restaurant was designed by Johan Erik Stenberg. The town needed an assembly hall and became a shareholder in the company with profits generated by the town distillery and dog-licences. The town's precondition was that the building should have an assembly hall which the town could use free of charge for its festive occasions.

During the Second World War the town rented the hotel rooms to the Ministry of Defence for military use. A provisioning unit of the Lotta Svärd organisation operated a canteen in the restaurant. From the summer 1942, the building housed the office of the local German commander in chief. 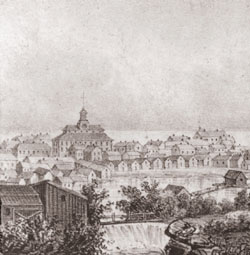 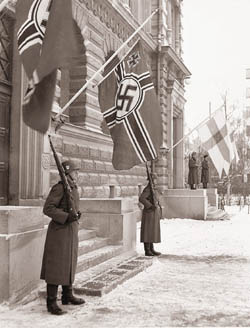