The 18th century was a time of growth. The rights made Oulu an important shipping and shipbuilding town. Shipbuilding reached its prime after the Crimean War in 1865, and soon the merchant fleet of Oulu was the largest in Finland. A three- building warehouse for tar export was built in the Toppila district of the town in 1777. The warehouse burnt down in 1901. World connections also brought fresh breezes to the cultural life.


The heraldic fish of Oulu, the salmon, was an export item and very highly valued at court in Stockholm as well. The salmon affected the supply of energy in the industrialising Oulu during the final years of the 17th century as the order was given that the water and saw mills in the channels of the River Oulujoki estuary were to be closed for fishing during migration of the salmon up the river. The Merikoski waterfall could not be harnessed, but the numerous vigorous offshoots of the estuary provided enough power to equip the arising industry with machinery. 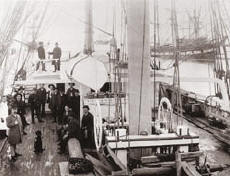 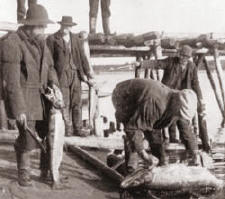