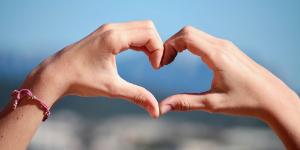 According to the Youth Act, children and young people must have their voices heard in matters which affect them. In Oulu, this is carried out through, for example, the youth council's work.

In Oulu, children and young people have 15 of their own regional youth councils; one in each Oulu sub-area. The councils consist of representatives from the schools and youth centres of each area. Every council has its own council guide and coach from the Youth Services who support and guide the councils in their operations.

Through the regional youth councils, children and young people have opportunities to influence matters they find important, such as the comfortability of schools or city regions. Children and the young have also had the possibility to comment on various topics.

See the list of Regional Youth Councils (in Finnish)

The City Youth Council ONE – the Youth's Voice

The City Youth Council (ONE) for people aged between 15–19 years started its work in 2010. It consists of 24 biennially elected members and operates alongside the regional youth councils with the whole city as its area of responsibility. ONE is politically and religiously independent and its purpose is to improve the well-being of residents under the age of 29, follow local decision-making, and act as a mouthpiece for the local children and the young.

Everyone can contact the City Youth Council about matter one finds important or problematic. Additionally, through ONE, it is possible to apply for funding to various projects.

Members of the City Youth Council ONE (in Finnish)

A city meeting is where children and young people meet annually to decide together upon the suggested motions prepared at schools, at student union's board meetings, and by the regional youth councils. The city meeting is one of the participatory methods in the City of Oulu and coordinated by the Youth Services. The body of representatives in the meetings consists of the City Youth Council and the chosen members from the Regional Youth Councils.