A visual way to recommend reading 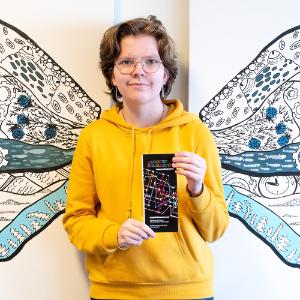 Book metro is a map of books to encourage reading enthusiasm

By following the themed lines, you will experience new worlds and concepts. The stations connected by a themed line present different views on the same theme or subject. The book metro maps are visual guides to the world of literature! Readers can use the metro maps by themselves or together in book clubs. The metro maps can also be used as recommendation lists.

Pick a metro line according to a theme. Stop and read the book pinned as a metro station. Travel around reading and change lines as you like.

Book metro has three different maps: one for adults, one for comic books and one for teenagers. It is the largest metro system in Finland and the very first book metro in the world! 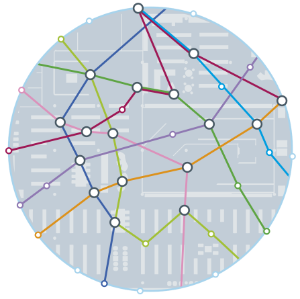 Oulu City Library Book Metro is the first book metro in the world. The idea came from librarians and the metro lines and stations were compiled by the librarians whose work is to encourage adults to read.

Book Metro was published in 2017. The goal was to inspire adults to read in a fun way. The metro station books were selected in a way that introduces different kind of books of the same theme to the readers. Some of them are also comics.

The metro lines represent different themes. Our Land has historical as well as contemporary books about Finnish life by Finnish authors. Miracles and stardust consists mainly of books of fantasy genre. Nomads and vagabonds tell stories about people who have lost their home or their place in the world. Other lines are called Shattered worlds, Roar of weapons, Among family, Bumblers and mistakes, Into the woods and Perilous love. 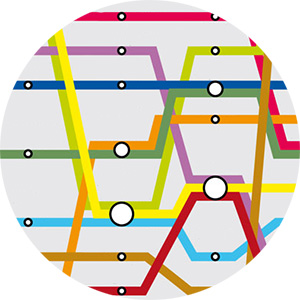 After the successful launch of Book Metro, Oulu Comics Center wanted to create a comic book metro in cooperation with the Oulu City Library. The lines (themes) and stations (comic books) were selected to represent many different genres and categories of comics to encourage readers to explore the diverse world of graphic novels.

Comic Book Metro was planned during spring 2018 and visually designed to resemble a bookmark.  The website of the Comic Book Metro connects the readers to the national Finna library database and offers direct links to the availability of the comic books in their local library.

Book Metro and Comic Book Metro have connecting stations between them.

The themed metro lines of Comic Book Metro are: Information for bookworms, Comics for youngsters, Adventure time!, Absurd stories and places, Ideologies and beliefs, Society matters, Stories from the past, Humour allowed, Comics from the west (of Finland) and One life at a time. 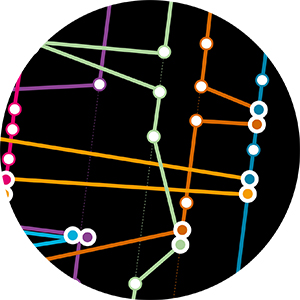 After the Book Metro was published, the readers wished for a similar one for teenagers. The metro lines and stations were compiled by the librarians whose work is to encourage children and teenagers to read.

Book Metro for teenagers was released recently in the spring 2019. The main goal was to show the readers that one theme can have several different kinds of books and one book can contain many kind of themes. As with Book Metro for adults, some of the books in this metro system are comics.

These metro lines also represent different themes. With my bunch consists of stories of friends and family. Circle of magic has mainly fantasy books. Tough world has stories of war, violence and other difficult matters. On the road has books about teenagers who are somehow lost in their lives. Other lines are named Unknown future, Alluring green, Love me, Rainbow, Travel in time and For the cause.