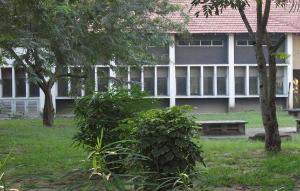 The project started as a product of good relationship built between UNESCO National Commission of the United Republic of Tanzania; ASP-net Coordination unit on one hand and the English Teachers’ Association of Finland on the other.  Madam Modester Mwinula, the ASP-net National Coordinator’s visit to Madam Anne Ontero the President of English Teachers’ Association in Oulu Finland in 2007, laid the foundation of the friendship between the two schools. The schools are currently working together closely.  The Twinning project between Jangwani Secondary school from Dar es Salaam Tanzania and Haukipudas Secondary School from Oulu Finland therefore, is a result of this relationship. Both schools coordinate the project under the umbrella of UNESCO ASP net.

The UNESCO National Commission of Tanzania has been working together with other government organizations in order to improve education sector in the country at all levels; from primary to secondary education levels. Under this same spirit, UNESCO National Commission of Tanzania office, paired Jangwani Secondary school with Haukipudas Secondary School of Oulu Finland to implement the Twinning project centered on ICT as a key project of the friendship. Haukipudas Secondary school intends to provide internet connection to Jangwani Secondary school so as to make education communication easier between them.

Mr. Kullervo Leinonen the then Principal of Haukipudas Secondary School, agreed to run a friendship project with a school from Tanzania.  Madam Anja Moilanen, the English teacher and ASPnet school coordinator at Haukipudas became the coordinator of the twinning project in Finland and Mr. John Bosco from Jangwani Dar es salaam, Tanzania work together  in guiding students to implement the between the two schools. These two teachers have always been looking for the easiest way of communicating in order to make the friendship grow fast, thus they found it very difficult as Jangwani secondary school was not connected to the internet hence they came up with an idea of having the ICT project based on Internet connection for Jangwani secondary school.

The two schools had been facing a very hard time as Haukipudas was working very hard in collecting funds for facilitating the project at Jangwani and Jangwani was facing two problems; first, the students were not introduced to ICT Studies so they were very poor in communicating with Haukipudas through emails. Mr. John Bosco therefore has been taking the burden of communicating with Anja Moilanen all the time on his own to make sure that their uppermost effort brings the intended fruits in the near future.

It was real a growing spirit for the new hope that cropped up between Jangwani Secondary school and Haukipudas Secondary school when Jangwani managed to get some 20 pieces of computers from Tanzania Education Authority (TEA). This was a very good start for ICT studies at school. Students enjoyed the computer studies at and showed great interest in learning computers though the computers were not connected to the internet services as the school had no money for connection. 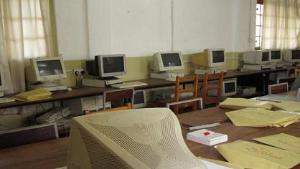 Haukipudas Secondary School was surprised getting that news on the absence of computer, because to them every student has an access to computer, so they promised to provide financial support to make sure that Jangwani gets connected to the internet and have more computers.

Previously, Jangwani Secondary School received 20 pieces of computers from Agumba Company but the computers had no hard Disks thus Haukipudas School donated Euro 800 to Jangwani for buying 20 pieces of hard disks for those computers. Getting that aid from our friends was very much appreciated by the whole school, a situstion that made those computers work as soon as possible.

Apart from financial support for computer hard discs, Haukipudas School also gave Jangwani Secondary School Euro 450 for supporting a disabled student “Fatuma Msechu” who is an orphan.  This was even more appreciated and encouraging for getting such an aid which made Fatuma Msechu get a new hope for her studies and improve her efforts to make sure that she does very good in her studies in order not to discourage her sponsors from Haukipudas. 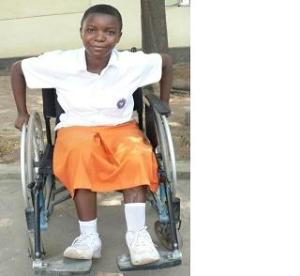 Jangwani Secondary School on her way to success, managed to get some more 10 pieces of computers from British Council of Tanzania. There after the school managed to raise funds and connected itself to the Internet services through Tanzania Telephone Company Limited “TTCL”. Few days later, the school failed to run the internet services due to lack of funds as the internet was not commercial but lather a free service for the academic purpose intended for the students and staff members only. Thus Haukipudas School heard the loud cry for internet from Jangwani, and contributed Euro 1200 for running internet services for the whole of 2011. Jangwani received the money in September 2011 and managed to revive the internet services so as to enjoy the communication with their friends from Haukipudas which is a great bridge built between Dar es Salaam, Tanzania and Oulu, Finland. 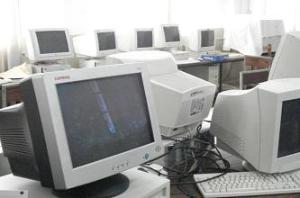 A room connected to the Internet services

Jangwani secondary school is thirstily waiting to meet their friends from Haukipudas School early June, 2012 in Dar es Salaam. The students will met at Jangwani Secondary School where the two schools will cherish and enjoy the good time together making funny and doing so many activities in common so as to know each other very well. 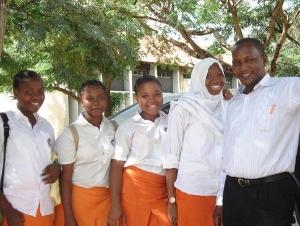 Mr. Bosco and some Students thirstily waiting for their friends from Haukipudas

It is well known that Haukipudas is coming to visit Jangwani Secondary School this year, students and staff members from Jangwani are preparing some activities to be done together with their friends making the days of their stay here at our school memorable, enjoyable and unforgettable to both of us we mean Jangwani and Haukipudas.

Also the school is preparing the school web site which can be inaugurated when our friends will be here at school so as to make the school being found easily by their friends and all people who intend to support the school by any means. We are sure that UNESCO National Commission of Tanzania through the ASP net will give us a hand of support as their custom to make sure that the school is running the web site all the time without failure.

Apart from that the school is running the Environmental project around the school by planting grasses to protect the environment and make it attractive to the people who are staying at school and those who are visiting the school. This project is being coordinate by British Council of Tanzania. 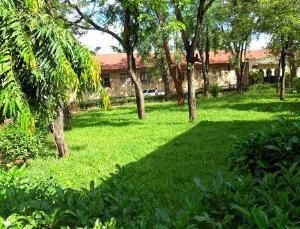 Grass grown around the school compound

Also the school is running a fishpond project; this is being used for academic purposes especially for leaning Biology subject as a meaningful teaching aid for teachers. In the pond there are different kinds of fish as required by learners to be used for different scientific experiment being conducted during their lessons depending on the topic and class as our school is having both Ordinary and Advanced Level classes. We managed to get the fund for making the fish pond by using our own resources without getting donation from any body. 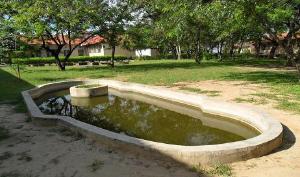 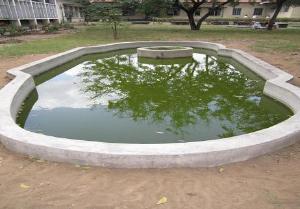